Whenever I get ready for the event, with the KTM Drive tee on, I feel like a super girl with an outburst of energy which can change mindsets, get positivity around and spread more love and happiness. I feel warm and content on how the events have been running and satisfied that these small steps are making the difference.

So with this we were thinking on what could be done for our next drive. With many thoughts we were confused about our next event, when one of our members suggested on projecting a movie to the kids. The idea was awesome and we started working on it. Tsering downloaded the animated movies and cartoons and we arranged the projector.

The kids at Chahari were waiting for us when we reached there. They 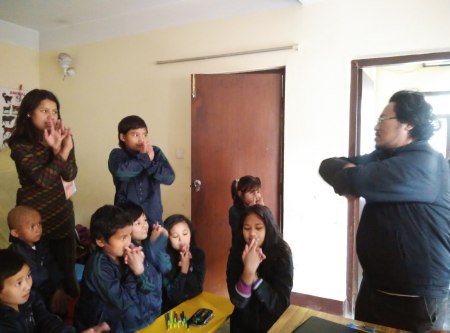 were excited on seeing us and they had no idea what activity was going to happen. The television in the room was sent for repair and they had not watched cartoons for a long time. It was really nice seeing these girls. The last time we had met them was during drawing sessions that we conducted. The students reduced to twelve from sixteen and were trying to remember our names. 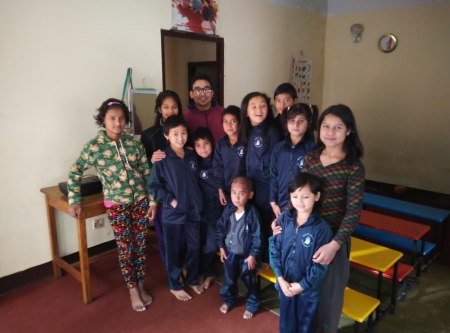 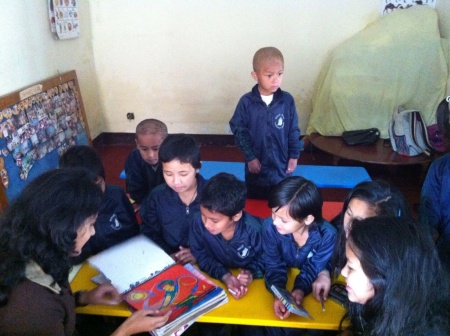 After a little introduction, we set the projector and the seats. Meanwhile, 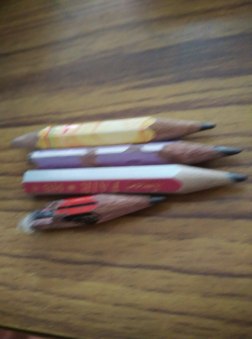 we asked the kids to draw and write a wish, something that they wanted. Each one of them enjoyed their drawing and writing. While they were writing, I realized that the younger ones were using pencils which were smaller as them. On asking if they had a new one, the caretakers said that they leave behind the stationery at the school itself. They were patiently using the pencil while I wished I could get them a new each.

As we collected the papers and the kids watched the movies, we got them 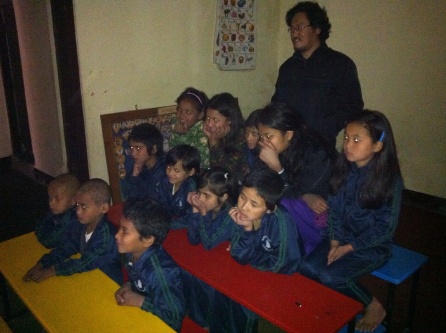 something to eat, drink and yes, pencils too. Lot of them had wished for pencils which they got the same day while the others will get their wish near Christmas. They loved the cartoons and we loved seeing them smile, laugh and giggle. 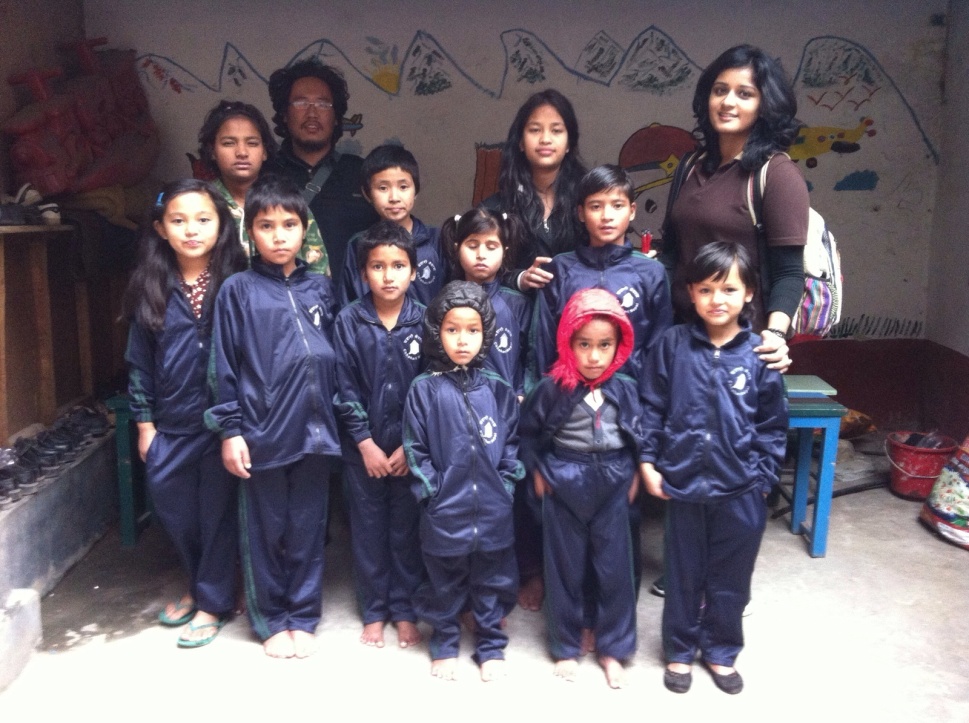 It’s been long since I have written a love blog. I guess it started lessening after the love show ended at the radio show; however I have lot of love topics that has been running in my mind. Starting with the first, I would like to ask our readers if there is a perfect love story ever. Do all of us search and believe in one?

It is always nice to see people who are madly in love take the next step in their life. They love the moment when they tie the knot and nothing could be more special to them than that day. These are the lucky few who have an amazing charm every single day of them being together. Perfect is an understatement as they enjoy each other’s company. On the other note, I have met lot of people who have been crazily in love and have gotten married to each other, yet they consider something is missing in their life. It could be the equation with people around the family or could be the thought of taking the other person for granted.

And then comes the group, who are deeply in love but are not ready for a wedding. The thought of responsibility scares them and they want to prolong the time as much as they can. They are certain about the person they want to be with but are not sure about the time. These situations lead to a closure if the timing is elongated for long. The decision of closure could be hard but it has to be taken. While discussing about closure, have we experienced a perfect closure?

Breaking up on good terms is rough because both really care about each other but are not together anymore. There’s this inevitable magnetic pull to each other. Hating  the person but still loving which ends up hating oneself more for loving them eventually leads to hating them even more. They really want each other in their lives, just for whatever reason they don’t want to be involved anymore. It seems simple enough to try and keep a friendship but then there’s the seeing them with other people, which is so tough and to watch the person they loved fall in love with somebody else. It hurts but it was a choice that had to be made. This kind of breakup is so tough because the lingering feelings do not vanish right away and they may not ever go away completely as no one did anything catastrophic for it to end. That is when the love is never over, and neither is the relationship.

Having a perfect ending is a myth and it can never happen. Mutually ending the

relationship cannot happen and there needs to be a reason for one to not want it anymore. There has to be a hurt feeling which cannot be shadowed by the love that they had for each other. There has to be a pain which is more than the memories that they have together. When this happens, it is the time that the closure has finally happened.It’s painful, it’s exhausting and it’s so incredibly difficult but it’s never too late to realize that there is never a perfect ending.

We wanted to fly kites with the kids at Disabled Newlife Center, similar to the event we conducted last year during Dashain. It was difficult for many to get there, since the place is far and the fuel crisis still exists around town. We were not sure on when the condition would be normal and had been postponing the event since long because of the situation. We realized that we should not be waiting more and got back with our events. The 56th event was special as the others and the charm of the event was like the previous time except we couldn’t fly kites this time.

We reached around two in the afternoon and the kids

were happy to see us. They welcomed us and were wondering on what was in store for them today. They saw some new faces and were excited on what activities would take place. We were accompanied by Shashank, Shivam, Rishi, Pratham, Shreyansh and the little kid of five named Aryan. It was just the right team for the event as me neither Tsering knew how to fly a kite and were worried on how the event would take place.

To our surprise only Pratham knew how to prepare a kite to fly and he started with the work.

Nevertheless, everyone interacted with the kids. Somehow, the wind did not seem perfect for flying a kite and as we kept trying we failed. We had gotten the bunch of kids to the terrace and each one of them was desperately waiting to see the kite up in the air. To our dismay, the kite did not fly and we switched to playing games. We divided the members to two teams and started the game of guessing the movies given by the other team. The kids enjoyed it thoroughly and their acting was pretty impressive.

Muna made a beautiful drawing compiling all the events of The KTM Drive together. As we treated the kids with juices and ice-cream the day was well spent. And to add to it, for the first time we had a youngest naughty member Aryan who added all the spice to the event with his presence

Check the blog on previous years event at https://themangogroove.wordpress.com/2014/09/28/celebrating-the-festivity-our-way/