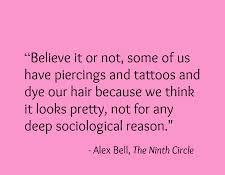 The line which is frequently used: – the grass is greener on the other side stands totally true. Each one of us want things that do not belong to us; we love to follow traditions that seem more interesting. The amusing part is people from different cultures like the other culture. For example, westerners love the Hindu weddings and many Hindus love the Christian wedding. As much as the traditions and customs are declining there are people who love to experiment. People try new things when they are not abiding by the culture. I experienced this when a set of friends from abroad wanted to get piercing done.

They were deciding where each one of them wanted piercing. Most of them wanted to get their nose pierced while it was not fascinating for me. We discussed about belly piercing and people vouched that it does not pain after a month once it heals.

They were surprised to know that the ears of a kid are pierced on a size of a dot at a very your age in Hindu tradition. As I answered several questions for them, it made me realize the innocence of kids and how they would not understand on what is happening during the process of piercing.

Since I had seen many members around me with nose pierced, I never looked forward to it while I was a child. Piercings can be done at the most interesting places in the body as tattoos can. The only difference is the inking remains permanent while the pierce shuts off if one does not wear an ornament. To hear the various piercing stories have always been fun and I had fancied on getting one since a long time. My list had “anywhere in the body” except nose.

Since I had not decided where I wanted the piercing, it never happened. The plan got postponed time and again, and the options where I could get one kept on rising. After choosing from the several spots, I knew exactly where I wanted to get it done.

The experience of getting anything done for the first time is filled with excitement and nervousness at the same time. I had no idea on what equipment would be used as I was set for the piercing at the studio. It was just a pinch as the piercing through a needle got over in no time. The ears did become red and still hurts a bit while I happen to touch it when it’s almost three weeks now.